DEADLY DRIVE, BUT I SURVIVED 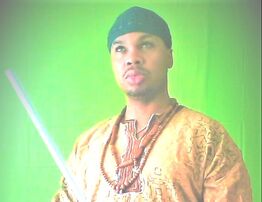 Click on the picture to see news report.
July 15, 2014 was a normal day of work for Prophet Joshua.  Heading down the interstate was his normal routine, but something was different about this ride from work that day. Listening to his gospel music, enjoying his ride home when all of a sudden he did not make it home. He said it felt like a combustion of air leaving his body. He was hit by a truck in which spun his vehicle to hit another vehicle, and finally hitting a concrete road barrier. All vehicles where no longer able to drive, no one was injured neither was dead, except for Prophet Joshua. He was dead for 35 minutes. Then, all of sudden, he was revived on scene. He had glass all over him even in his mouth, bruises, multiple knots on his head, problems walking, problems breathing, problems feeling, problems seeing, could n't go into the sun, memory loss, and much more. Guess what? He had to be retaught how to walk and turn his body. He no longer uses assistance to help him walk. He has recovered for a big portion of his life. Yet, he is still recovering, but he is much better than before. Thank GOD for his life!

Since Prophet Joshua survived the news report reported it as an injury.